A random title for a blog post I grant you but all will become clear. I’ve spent the last few months since completing my final year of Uni looking for a tablet. Frankly, at the time I didn’t know if I really needed one of not but being a “poor student” for so long and after completing an arduous three years I felt I deserved a treat! I already had a Samsung Galaxy SII running ICS which I loved, although it was a little too small a screen to browse the web and read articles on it for long periods of time. I’d also kept my laptop from my old job which was running Windows 7 – after formatting and reinstalling it was working well. However, for quick browsing when sat on the sofa it still wasn’t all that great waiting for it to boot up and not very sociable when perched in front of it. I needed that thing between the rock and the hard place…

So the question was, which tablet should I buy? I try and catch the Guardian Tech Weekly podcast on the walk to work which over recent months has charted the gradual demise of BlackBerry, so that put the PlayBook out the way. The Motorola Xoom was suggested by someone at work as a suitable device for web browsing (which was all I really wanted it for to be honest). However, just the mention of Motorola took me back to dodgy pay-and-go phones at school and, not knowing any recent successes that Motorola had device-wise, I was troubled with the possible reliability of the hardware. That left an assortment of tablets from the likes of Asus, most of which were running different flavours of Android and the hard-hitters from Samsung such as the Galaxy Tab. There was also the possibility of an iPad but I wasn’t going to get locked into a format like that, I’d made that mistake with the iPhone 3G.

I didn’t get much chance to play with many of the Asus offerings – the one or two I’d spied in our local branch of PC World were drained of all their juice. A shop assistant informed me that some of the local “cherubs” had a habit of stealing the power cables. Fortunately they had a good selection of the Samsungs to play with. However, it was the new Google Nexus 7 sporting the new Jelly Bean OS that caught my eye and after a few minutes of playing with it I fell in love with it. It was like the bigger, admirable brother of the Samsung Galaxy SII but without the extra tat and overlays…but it was simply too small at only 7 inches. A real shame. So that left the Samsungs…but they were sluggish. Had there been a Google Nexus 10 I would have probably snapped it up there and then. I even looked at the iPad but simply didn’t appreciate this new “Retina” screen Apple and co keep banging on about. It felt like an oversized iPhone – how could they justify the cost?!

Usually I’m pretty decisive when it comes to tech; reading the reviews, making an informed judgement, playing with my gadget of desire then finding the cheapest price for it online. However, this time I was paralysed with choice. Nothing really jumped out at me. It reminded me of this TED video I watched a while back. Even a play with the Head of IT’s Galaxy Tab, with its attractive keyboard dock and USB mouse input didn’t make the situation any clearer – thanks anyway though Mike!

I bought the new iPad.

Even now I don’t know what compelled me to do so, maybe I was sick of messing around so followed my head rather than my heart; recalling the many positive reviews and personal endorsements, and hoping for the best. I felt dirty and wrong approaching the counter in Tesco, buying back into a brand I’d vowed never to do again. Not only was I buying an iPad, I was also buying it in Tesco, the corporation sucking the life out of our high streets. Even on the way home I was thinking about turning round and returning it for an immediate refund and preparing for a stern telling off from my IT colleagues back at work the next day. I skulked back home, where my other half was most excited that I’d arrived with a new box with an Apple on it. She even had to open it for me as I couldn’t bring myself to do it.

After just 15 minutes of playing with it, all of the rave reviews that I’d seen of it made sense. All of the people I’d spoken to about it who vouched for how good it was, I finally believed. Obviously it’s early days but it just does what I need it to do and makes it all very enjoyable too. The retina screen really does make browsing and reading articles a crisp experience, bringing even the most dull sites to life. I get it now, I really do. Sorry IT chums, I’ve turned to the dark side again. ..but it feels soooo good. 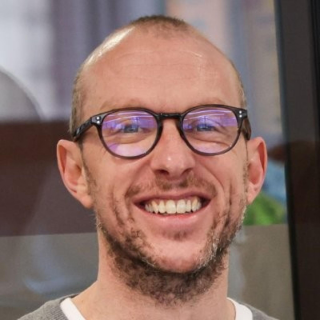